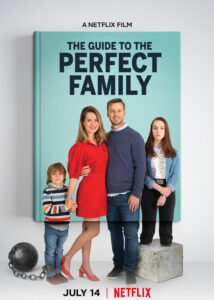 My mother, born at the height of the Baby Boom in 1950, was not raised in the church. Her father was in the US Foreign Service, and his last posting abroad was to London, beginning when my mother was eight. She attended a Church of England girls’ school, and that was where she encountered Jesus: through daily prayers, readings from Pilgrim’s Progress, and religion classes, all led and taught by caring, devoted lay women.

I tell this story today because of the prophet Jeremiah’s lament: “Has a nation changed its gods, even though they are no gods? But my people have changed their glory for something that does not profit. … my people has committed two evils: they have forsaken me, the fountain of living water, and dug out cisterns for themselves, cracked cisterns that can hold no water.”

I think we often have this mental image of the past as “the time when everyone believed in God and went to church,” as though the time from the 1980s until now is the first time that large numbers of people have ever opted out of religious belief or practice. But in fact, much of the Old Testament is preoccupied, not to say obsessed, with the people’s refusal to be faithful in their worship of the One God of Israel.

The Ancient Near East was a thriving, chaotic marketplace of religious ideas and observances, and many of them seemed more efficacious – or literally sexier – to the Israelites than the demanding laws and elusive promises of their own god. The prophets pleaded endlessly for the people to stop chasing after the fertility rites of Baal and Asherah and return to the covenant that they had made with Yahweh on Mount Sinai. There may have been times in history when the majority of people in any given society conformed outwardly to a particular kind of religious practice, but there has never been a time when everybody was a committed, instructed believer.

In the aftermath of COVID, it is important to remind ourselves of this. There is a general sense in the church that we are in uncharted territory, that we are not going back to the old normal (if it ever existed) and we have no idea what the new normal looks like. This is a deeply uncomfortable place to be.

Before the lockdown, we had just rolled out a strategic plan, and were beginning to work on the necessary changes to our building in order to support those plans for ministry. Two years of being closed on and off stopped that process in its tracks. This fall, we will begin trying to get it started again. The Building Projects Committee has met and is preparing to lead a series of conversations this fall: what do we want to retain from the 2019 Strategic Plan? What needs to change? And how do those plans affect what we do with our church building? We’ll kick off those conversations not at today’s Parish Meeting, but at the next one, at the end of September.

What’s important to remember as we have them, though, is that in all things we are here to follow not our own inclination, but the will of God. It’s possible that we may discover that many of the structures we had created for ourselves before the pandemic are now – if they weren’t then – “cracked cisterns that can hold no water.” To borrow a phrase from Jesus, we may have to make new wineskins, lest the old ones burst when they are filled with new wine.

And as we go through this process, we could do worse than look to today’s Gospel reading for guidance. With the same humility as the guests in Jesus’ parable, we can sit down in the lower place and wait for God to ask us to move up higher. Instead of making ourselves anxious and fearful because if things don’t look exactly the way they did before the pandemic we must be doing something wrong, we can look for the places where God is already setting a table, sitting down at the head, and inviting us to feast – and then figure out how to invite others to the feast as well, even if they end up sitting higher up than we do.

Just a couple of blocks to the north of here, there’s a giant hole in the ground where a huge residential development is replacing the underutilized parking lot that was there before. Whatever you think of the project, it’s undeniable that there will be a lot of people moving into our neighbourhood in the next couple of years. We have a tremendous opportunity to build community among those newcomers. But if we do so just for the sake of butts in the seats and dollars in the plate, we will have missed the point spectacularly.

While I was in Quebec City learning French, I watched a Québecois movie from a few years ago, “Le guide de la famille parfaite”. Its description is “A couple in Québec deals with the pitfalls, pressures and high expectations of raising kids in a society obsessed with success and social media image.” And what I kept thinking as I watched it was, these people need Jesus – or at the very least, something that will give their lives the meaning they are desperately flailing – and failing – to find in good grades and promotions and Instagram likes. These are our neighbours, and we have a tremendous gift of community, meaning – resurrection – to offer them, if only we can get out of our own way.

Whatever the post-pandemic church looks like, it needs to be focused on the worship of God, the fountain of living water, not on cracked cisterns that may once have served but now cannot hold water. And it must be oriented around inviting people to come to the table and come up higher, even if it means that some of us who have been accustomed to the best seats, need to move down to make room.

Because even if people come to faith and to community in the strangest ways, God can work triumphantly through them. To complete the story of my mother, with which I started – she was baptized at the age of fourteen, two years after the family returned home from London, and throughout her teens attended church on her own. In her late teens, she started teaching Sunday school, and throughout high school and college she sought out Christian community, fellowship, and mentoring. And, of course, she’s spent the last forty-plus years as a professional minister of children’s Christian formation.

So, perhaps the nation seems to have changed its gods, even though they are no gods. We may be – understandably – appalled, shocked, utterly desolate, crying out at the desolation of being forsaken. But God, though he may rebuke the people, does not abandon them. This cycle of promises broken and remade, of mourning and rejoicing, of exile and return, is as old as humanity’s encounter with God, and will not end until the final return, until all is gathered up in God’s new creation.

In the meantime, we pray, we hope, and we prepare ourselves as best we can to invite our neighbours to the feast, and to give them the seats of honour.