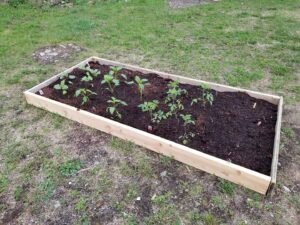 This is the Spirit of truth, whom the world cannot receive, because it neither sees him nor knows him.

What does it mean when the world neither sees nor knows the truth?

The other day I read an account by someone in California of going down to his local coffee shop for a pound of beans. Everyone waiting in line was wearing masks, and the man in front of him asked for “his usual” and then was upset that the barista didn’t recognize him with two-thirds of his face covered.  The writer, observing this interaction, wrote: “I had a sudden revelation: That guy was standing there, at a chain coffee shop ordering a generic [expletive deleted] drink, in order to feel like he was participating in civic life. Like, his whole reason for being there was to feel like he belonged to a community where somebody would remember his name and treat him nice. This is the reason people are so pissed off about not being able to go [expletive deleted] shopping: It’s because for them, the retail experience is the sum total of their civic participation.”

This is a lie that western capitalism has been trying to tell us for several centuries: that people have meaning and function only as “consumers” rather than as citizens, caregivers, workers, family members, or simply as human beings. It reduces life to a transactional exchange, stripped of any value that cannot be boiled down to a price tag.

This is the world that cannot receive the truth of God. In the transactional world, life is a zero-sum game; if I have more, that must mean that you get less; scarcity is the order of the day, and only winners are worthy of survival. This world’s motto is, “I’ve got mine, who cares about you?”

Jesus’ entire ministry was a rebuke to this transactional way of thinking. Jesus’ life revealed the truth of God: that healing, love, and daily bread are available to all, if we are generous; that there is enough and more than enough; that every single human being (and, for that matter, every single being of any kind) has inherent worth, independent of their productivity or purchasing power.

This was a very hard thing for the disciples to understand.  By the time he gathered with them at the Last Supper (yes, we’re still working our way through that farewell discourse around the Last Supper table), they were still very unsure of the whole thing.  Jesus knew that it was going to be difficult for them to keep hold of what he had taught them once he was no longer there in the flesh to teach and give them an example.  And so he promised to send the Advocate, the Spirit of Truth, to abide with them and keep them rooted in the Father’s love.

The Greek word parakletos, translated “Advocate”, is a complex one; in other translations (including the French), it is rendered “comforter”, but it also carries this sense of avocat, “lawyer” or “defender”, the one who both accompanies the defendant to court and argues on their behalf.

There is a reason we like courtroom dramas so much: because the setup of a court, at least in theory, is to get at the truth, and it is deeply satisfying when that system works as it is supposed to, when the deceptions of the guilty are unveiled and the innocent are vindicated.

The role of the Spirit of truth is to dwell within us and keep us in touch with the truth of Jesus, when we are surrounded by the lies of the transactional culture that try to convince us that some people are disposable, that we should be glad to sacrifice lives for the sake of the economy, and that getting rich is the way to salvation.

St. Paul, when he preached on the Areopagus in Athens to a city full of people who worshiped multiple gods, called on the spirit of truth within to find a way to translate his experience of God in Christ Jesus to these skeptical, novelty-seeking pagans. Using the altar dedicated to an unknown god as his way into their worldview, he sought common ground by making the assumption that they, too, sought the truth and would be glad to hear it, even if it required a major reevaluation of their prior beliefs.

And while our reading from I Peter is, frankly, confusing and somewhat incoherent, we can still derive a useful message from it about the truth of Christ. We are to be true to that truth as it dwells in us, not being intimidated, but ready to offer a true account of “the hope that is in” us, even if it brings suffering.  And, we are to understand that we worship a God who was so determined to bring truth to the whole cosmos that he proclaimed the message even to “the spirits in prison”, crossing time and space to make sure no one was left out of the good news.

Listening to the Spirit of truth in a world that is constantly trying to sell us convenient lies, is not easy. But listening is what we are called to do.  Both the Hebrew and Greek words for “obey” mean not to comply without question, but rather to listen closely or acutely. We listen with that degree of attention to those whom we love deeply and trust implicitly.

In the liturgical calendar, this coming Monday, Tuesday and Wednesday are the Rogation Days, the traditional days of blessing the fields and the newly planted crops in the hopes of a good harvest. As many of you know, I started a tiny garden last week in the vacant lot behind my apartment building.  Many of us, in lockdown, are finding solace in working the earth, finding ways to make things grow. And I think part of the reason that we find gardening so compelling, in these times in particular, is that there is no room for deception in the garden.  A garden will tell you the truth.  If plants don’t get enough water, or light, or nutrients, they will die; there’s no getting around it. No wonder Jesus used so many agricultural metaphors in his teaching; the Spirit of Truth most definitely abides in gardens.  As we pay attention to what our plants need from us, we are also listening for the voice of God.

In a world that neither sees nor knows the truth, how are you listening for that voice?  How are you discerning what is true – that all people are beloved children of God, worth so much more than our economic value?  How are you connecting with the life and growth that the Spirit longs to lead you into?  And how are you living, abiding, in the truth?

« Yes, you do want to go to heaven
Thoughts on Communion in COVID-19 »