The Feast of the Presentation 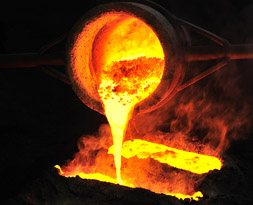 This past week, the House of Bishops of the Church of England put out a pastoral letter about human relationships, in which they reiterated their opinion that the only appropriate context for sexual intimacy was heterosexual marriage. It was a shockingly tone-deaf statement and was rapidly repudiated by some of the actual bishops who had not even been aware it was being written, as well as broad swaths of the clergy and laity of the Church. One particularly snarky priest demanded on Twitter, “Just try holding Choral Evensong without any gay people.” One of the articles I saw responding to the letter pointed out that in what was supposedly a pastoral document, the writers had used the word “sex” forty-nine times but had not used the word “love” once.

There is a certain kind of religious person, who appears in every religious tradition and every period of history, who is obsessed with purity, and an astonishingly large amount of the time this manifests as an obsession with what other people do in bed. I’m sure there are all kinds of psychological and evolutionary reasons for this that I don’t have time to delve into in a sermon, but it is a theme that is lurking in at least two of our readings today.

The story of Jesus’ presentation in the Temple begins, “When the time came for their purification according to the law of Moses …”  The ritual that Mary and Joseph are observing is twofold:  one part is about the mother, and happens after every birth; the other is about the baby, and happens only for a firstborn son.

The rite of purification after childbirth persisted into the Christian tradition as what was known as “the churching of women” and is now called “thanksgiving for the birth of a child”. A significant piece of it is simple thanksgiving for having survived the experience.  But for much of its history, “churching” carried the implication that there was something dirty, something impure, about women who conceived, carried, and birthed children, and something especially impure about women who did so outside of wedlock; unmarried mothers were sometimes denied the ritual because of the sin they had committed in conceiving in the first place.

The purification ritual, as it originated in the law of Moses, was part of an elaborate but very consistent system of purity and impurity, the sacred and the profane, that was rooted not in sex as such, but in recognition of the powerful forces of life and death. Sex was part of this system because of its role in giving life, but there were similar rules around, for example, having prepared a body for burial.  Women in childbirth were considered to have drawn close to the very sources of life and death, and thus had to go through a ritual in order to restore them to the world of ordinary life. It had nothing to do with whether the act of conception was inherently sinful or dirty.

Over the centuries, the concept of purity was shrunk until it referred almost entirely to the status of women’s bodies (and, sometimes, those of non-heterosexual men).  Correspondingly, the church’s idea of sin became hung up on what people did in bed, to the almost entire exclusion of anything else, and the rest of the world responded by becoming more and more cynical and dismissive of what the church thought – as was entirely appropriate.

But when Mary brought Jesus into the Temple, it wasn’t about the mode of Jesus’ conception.  (If it had been, as someone pointed out at bible study this week, she wouldn’t have needed the ritual, would she?) It was about the fact that in undergoing childbirth, she had come into contact with the deepest wellsprings of human life and human death; and it was about the fact that her son was a firstborn boy, and therefore “owed” to the Lord according to the law.

The passage from the prophet Malachi – another of those that is familiar mostly from Händel’s Messiah – also has to do with those who serve God in the worship of the Temple; it proclaims that God will “purify the descendants of Levi and refine them like gold and silver, until they present offerings to the Lord in righteousness.” Once again, we encounter the language of purity, but here it is about whether the priests of God are worthy to make the offerings required by the law.  And it is included here, in the context of Jesus’ presentation in the Temple, to underscore that the best and most perfect priest and sacrifice is Jesus, God himself, becoming human and suffering and dying and rising with us.

In Scripture, there is a constant tug-of-war between the concept of purity and the concept of inclusion.  Do we draw clear lines between the clean and the unclean, or do we welcome all in? Did Jesus come to help us live pure lives according to strict standards, or to bring us all into a greater life beyond the whole idea of rules for what is good and bad?

If I have to choose, I’ll always choose inclusion over purity.  But the concept of purity still has meaning for us today, I think – we just have to get rid of the idea that it has anything to do with the mechanics of what we do with particular body parts.

In the Beatitudes, Jesus says, “Blessed are the pure in heart, for they shall see God.” Purity is not about mechanics, or being shocked when people don’t “wait for marriage”.  Purity is about being shocked by greed and cheating and cruelty.  It’s about putting God’s priorities above your own.  It’s about loving your neighbor as yourself – it is, in fact, about love, pure and simple, that word that the bishops saw fit to leave entirely out of their letter about marriage.

Our reading from Malachi ends at verse 4.  In verse 5, God threatens judgment, not against unmarried mothers or gay people, but against “those who swear falsely, against those who oppress the hired workers in their wages, the widow and the orphan; against those who thrust aside the alien, and do not fear me, says the Lord of hosts.” Purity is about integrity, about what we do with our hearts; which is so much larger than the narrow, bigoted view that focuses only on bodies.

The passage from the letter to the Hebrews reminds us of God’s purpose in becoming human: “Since, therefore, the children share flesh and blood, he himself likewise shared the same things, so that through death he might destroy the one who has the power of death, that is, the devil, and free those who all their lives were held in slavery by the fear of death.”

Christ came to overcome death and to shine a light to all the nations; to bless our bodies, not to bind impossible and unequal burdens of purity on people. And Simeon and Anna recognized this when they saw him in the Temple, at not quite six weeks old, and prophesied that he would redeem Jerusalem and bring light to the Gentiles.  Having seen him, Simeon no longer feared death, knowing that this tiny child was the fulfillment of the promise both to him personally and to all of God’s people.

Last week, at around the same time that I saw the unfortunate letter from the English bishops, I also saw an article about a Roman Catholic college in Milwaukee and a local convent, that were planning to work together to create a cooperative residence where the aging nuns would live together with college students who are single parents, enabling three generations to share and care for each other. I couldn’t help thinking of the scene of the Presentation, with the aged prophets recognizing the light of God in the newborn baby. Given what the Catholic church is usually in the headlines for, this was a refreshing change: not insisting on burdensome standards of purity, but fostering ways for the generations to support each other, and for love and compassion to flourish.

On this Presentation Sunday, may we shine the light of true love and integrity to all the world.