(The title of this post is a lyric [corrected for grammar] from Stephen Sondheim’s Into the Woods, in which I performed at church camp when I was 15.) 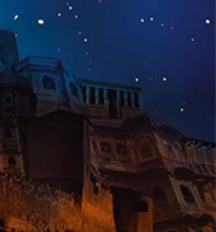 One thing I do on vacation is read. A lot.  I mean, I read a lot in general, but at my godparents’ house in Maine I can easily finish a novel a day between sitting on the beach and playing with the puppy.

The last book I started on this particular vacation was The Killing Moon, by N. K. Jemisin, a novel set in an alternate/fantasy version of ancient Egypt, where peace is considered the highest good and where a caste of priests maintains that peace by manipulating magic drawn from dreams.  The book’s action revolves around the concept of “gathering”, in which people who are either dying anyway or who are deemed to be corrupted by violence are ushered into the afterlife by these priests in a kind of dream-magical assisted dying process.

Needless to say, this concept and its execution (no pun intended), raise all kinds of questions, both practical and moral, and the book deals with them brilliantly.  (In fact, I would love to have a book group where we read fantasy and science fiction, which these days is often where the really interesting and creative theological conversations are happening – but that’s a subject for another time!)

I was still reading The Killing Moon when I looked over this Sunday’s scriptures, and so I was struck by the declaration Jesus makes in the gospel.  “Do you think that I have come to bring peace to the earth?  No, I tell you, but rather division!”

These words sound odd in the mouth of one who is literally worshipped as the Prince of Peace.  But as N. K. Jemisin’s fantasy reminds us, when peace is elevated above all other goals, it undercuts itself, and the very attempt to maintain peace leads to violence.  As the Isaiah reading says, “[God] expected justice, but saw bloodshed; righteousness, but heard a cry!”

In the church world, we are often terrified of conflict and disunity. We see it as contrary to the will of God and our hopes for our communities.  And certainly nobody should be eager to be part of a faith community – or any other institution – where people are constantly at each other’s throats, fighting dirty, and doing each other harm.

But too often, in our pursuit of peace, we end up prioritizing instead a kind of fragile niceness, in which we can get along only by not fully knowing each other and never talking about anything important.

Jesus has no patience for this kind of thing.  He seems to be just fine with bringing division to households and fire to the earth. This passage follows an extensive discourse about not worrying about earthly possessions and being ready for the return of the Son of Man at an unexpected hour. Jesus’ disciples must be absolutely focused on the essentials, and if that makes them, and him, unpopular with some of the population, so be it.

And what are those essentials?  Healing the sick, liberating the oppressed, feeding the hungry, welcoming the stranger, caring for the vulnerable, and bringing good news to the poor.  That’s how Jesus began his ministry in his hometown synagogue in Nazareth, and that’s what’s getting him in trouble now with the religious and secular authorities, who are afraid of how his message and actions upset the fragile, fractured peace of Roman-occupied Palestine. It is a peace underpinned and preserved by oppression and violence, and Jesus has no patience with it. His ministry requires not niceness, but love; not false peace, but fearless truth-telling; and it ends not with a negotiated compromise, but with the final baptism of death, an execution for sedition, followed by the revelation that death no longer has the last word.

And so it is for us today. We may not be as directly affected by the powers and principalities of our world as the hungry and hurting Galilean peasants who gathered around Jesus and had to decide whether to take him and his message seriously. But God knows there are enough needs crying out for the hands and heart of Christ’s body to get involved, and the liberating and life-giving word to be shared.

Living our faith may get us in trouble.  It may shatter our peace and break our hearts. But our call is to do precisely that. Not to avoid our conflicts, but to work through them.  And thus to pursue the greater goals: of loving and and serving those whom Christ loved and served; of challenging the corrupt and oppressive powers that Jesus challenged; and of building, not a false peace based on niceness, but a genuine community built on truth and love.

The list of people mentioned in the letter to the Hebrews, after all, lived some pretty eventful lives, marked by a fair amount of risk and stress. “They were stoned to death, they were sawn in two, they were killed by the sword; they went about in skins of sheep and goats, destitute, persecuted, tormented – of whom the world was not worthy.” If they had peace as a result of their faith, it was not the absence of struggle or conflict, but rather the presence of God in the midst of that struggle and conflict.

With them as our examples and forebears, as the writer says, “since we are surrounded by so great a cloud of witnesses, let us also lay aside every weight and the sin that clings so closely, and let us run with perseverance the race that is set before us …”

And perhaps part of the weight that must be laid aside, part of the unnecessary burden holding us back from participating fully in the work of the kingdom of God, is precisely that expectation of niceness, of the absence of conflict.  Like Jesus, we have more important fish to fry: fire to kindle, baptism to baptize, a mission to accomplish, should we choose to accept it.

And the thing is, if we stop trying to achieve perfect peace, we might find that we reach a new level.  I have been part of congregations in which people had deep disagreements with each other on everything from national politics to which Sunday school curriculum to use.  But when – for example – our friends in the Indonesian community in New Hampshire started to be targeted by the immigration authorities, we all showed up for them.  And that, in itself, was a means of building community and deepening relationships.  We still disagreed about plenty of things.  But we could work together, and respect each other, and know that we were each doing our best to follow the God who places the demands of faith on our lives.

Jesus is under tremendous stress until the fire he has come to bring can be kindled.  That fire is a cleansing one, which burns away everything unimportant, reducing things to their essentials. And that is our calling as well, to find the essentials and pursue them, even at the cost of our fragile comfort and surface peace.  There is deeper satisfaction to be found in knowing that what we are doing is the most important possible thing, that we are running the race amid a great cloud of witnesses, past, present and yet to come, all with our eyes on the prize, the joy that is yet to come.

« Worship and Justice
Sabbath as Liberation »