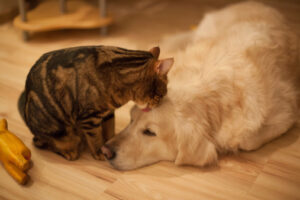 Before I tackle this morning’s Gospel reading, I want to look at what came before it in the 17th chapter of Luke. It’s an important passage and, I think, crucial to the interpretation of what comes next.

Jesus said to his disciples, “Occasions for stumbling are bound to come, but woe to anyone by whom they come! It would be better for you if a millstone were hung around your neck and you were thrown into the sea than for you to cause one of these little ones to stumble. Be on your guard! If another disciple sins, you must rebuke the offender, and if there is repentance, you must forgive. And if the same person sins against you seven times in a day, and turns back to you seven times and says, ‘I repent,’ you must forgive.”

And that’s where we pick up this morning, with the apostles saying in response, “Increase our faith!”

As the commentary on this passage pointed out, this isn’t just a generic request for more faith. It’s specifically in response to the command to forgive.  The disciples, understandably, find it a tall order to imagine forgiving this freely, so they’re asking for a faith infusion, so to speak, in order to make it possible.

I want to read this passage closely today, beginning with those verses I just added at the beginning.  Because forgiveness has been in the news this week, as a result of the trial and conviction of the police officer who murdered Botham Jean in Texas.  The victim’s brother was seen embracing and forgiving the perpetrator, which was hailed as an inspirational example.

And it is, in the sense that the young man demonstrated maturity and a deep spirituality in being able to extend that grace to the woman who caused his brother’s death and his family’s suffering.  But I want to remind us that Jesus gives two conditions for his requirement for forgiveness, and neither of them is met in this situation. Jesus says “you must rebuke the offender, and if there is repentance, you must forgive.” Brandt Jean and Amber Guyger are not part of the same faith community.  They are not in an existing relationship of mutual responsibility and accountability. There was no framework within the legal system for him to “rebuke” her, and she has certainly made no public acknowledgement of guilt and repentance.  Many commentators are, rightly, pointing out the racial dynamics at work in this moment and calling on white Americans (and others!) not to laud Brandt Jean’s forgiveness without also acknowledging the systemic racism that allowed a white woman to kill a black man, unprovoked, in his own home, and be sentenced to only ten years (and let’s face it, it’s somewhat remarkable that she was convicted at all).

Jesus’ insistence on forgiveness is not a blanket command to the faithful to forgive in all situations and at all costs, regardless of the ongoing trauma and the power dynamics at work.  But it is a reminder that forgiveness is part of faith, something that must be reckoned with if we are to call ourselves followers of Jesus.

So speaking of faith – it’s a word we use a lot.  But do we really understand what we mean when we say “faith”? Do we mean an intellectual conviction?  A commitment to a relationship?  Or a particular emotional state?  Is faith something that can be increased and decreased?  Or is it an either/or, something that you either have or don’t?

When the disciples ask Jesus to “increase our faith”, they seem to be assuming that faith is, in fact, something that can be increased, and that if they had more of it, they would find this daunting task of forgiveness to be easier.  But Jesus replies, “If you had faith the size of a mustard seed, you could say to this mulberry tree, ‘Be uprooted and planted in the sea,’ and it would obey you.”  According to Jesus, apparently, any tiny amount of faith is enough.  If you have that, you can do all kinds of absurd things in the name of God, from something as pointless as uprooting a perfectly good tree and planting it in the sea, to something as pointed as forgiving someone who has hurt you.  And Jesus, in one of his less gentle moods, goes on to make the point that when we do what God has commanded, we deserve no particular commendation.

I think part of Jesus’ point is that we don’t necessarily need to have particular feelings about our faith in order to live it out.  The disciples are, on some level, asking Jesus, “Make us feel better about the hard things we have to do!” and Jesus is replying that on another level, their feelings are irrelevant; the deed is the important thing.  We may feel that our actions are not enough, that someone else is more impressively virtuous than we are and that if only we felt differently we could do better.  Whereas in fact, God may be calling us to do precisely what we are doing, even if it’s not as showy and remarkable.  Small commitments are as crucial as large ones, and the important thing is the commitment, not the reward or the warm fuzzies.

Today, because it is the Sunday closest to the feast of St. Francis, we celebrate creation and the natural world, and in particular, those pets and companion animals who are beloved to us.  Which is why I keep coming back to that weird mulberry tree. Whether it has some meaning to Jesus and the disciples that is lost to us today, or whether it was simply used as an example because it was so bizarre, it puts me in mind of those – among them Martin Luther – who have uttered some version of the proverb, “Even if I knew the world would end tomorrow, I would still plant an apple tree.”

Doing things that seem pointless or absurd, because God told us to do them or they’re the right thing to do, or simply because they express hope in the face of despair, is an essential part of being a person of faith.  Even though we know our pets’ lifespans are far shorter than our own, we give our hearts to them anyway.  Even in the face of overwhelming systems of oppression, we continue to forgive, even as we also call out toxic expectations and demand the end of injustice.  Even in the face of global disaster, we get up in the morning and plant another tree.

I said a minute ago that Jesus pushes back against the identification of faith with feelings.  I think that’s true – but I don’t want to discount feelings at all.  Our love for our pets, our pain at injustice, our despair and stubborn hope in the face of climate change – all these feelings are real, and important.  Our other two readings, Lamentations and Timothy, are beautiful examples of hearts poured out to God, one in wrenching lament, and one in gratitude and joy.

But I want to be clear that just because Lamentations is a cry of despair and Timothy is a song of thanksgiving, that doesn’t mean that Paul (or whoever wrote Timothy) is more faithful than Jeremiah.  God doesn’t demand particular feelings as the price of faith.  We can do what we need to do without having to feel any particular way about it, and we can have whatever feelings we have – and let God know about them, in great detail! – while still being deeply faithful. God wants our real selves, not a cleaned-up version with our true feelings stuffed way down deep inside.

And I think that’s what Jesus is getting at with this confusing mishmash of mustard seeds and mulberry trees and slaves who aren’t commended for doing their jobs. The disciples are asking God to make things easier on them, to give them the feelings that they want to go along with the act of forgiveness.  And Jesus is saying:  feel what you feel, and be honest about it; but at the same time, do what God calls you to do, without waiting for the feelings to catch up.

If someone has hurt you, and has confessed and is genuinely repentant (that part is crucial!) and asking for restored relationship, give it a try.  If an animal needs to be rescued and cared for, do it.  And if a tree needs to be planted, even in a place where it seems guaranteed not to thrive, even if the world will end tomorrow, go ahead and plant the tree.

« Finalizing our Strategic Plan
Our norms as a congregation »