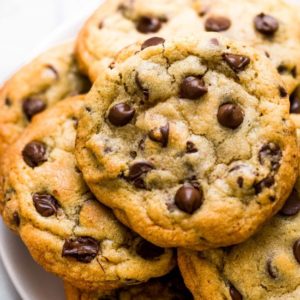 In 2005, I had just started a summer job as a community forester with the Urban Resources Initiative in New Haven, an organization that worked with neighborhood people to create greenspaces and plant trees in the city.  One day, as we were selecting trees in the nursery, my boss told us that one should generally avoid planting trees in pairs.  One tree standing alone can be a focal point, he told us, but two is usually distracting – the eye doesn’t know where to rest.  If you want more than one tree in a particular location, you should have three; they form a much more dynamic pattern for the eye to roam over. Since I was also contemplating a Trinity Sunday sermon at the time, this remark stuck in my mind.

The Trinity didn’t come out of nowhere as a mature, developed idea.  The New Testament simply assumes that the Father, the Son and the Holy Spirit exist, and then talk about what they have done and will do.  It doesn’t get into the technical difficulties of exactly how Father, Son and Holy Spirit can be three and yet one.

In the first few centuries of the Church, though, the question of how the Trinity worked became a matter of passionate interest.  Were Christians polytheists?  How could Jesus be God’s Son and also be God?  And what was the deal with the Holy Spirit?

These debates, with the elaborate names of their heresies – Marcionism, Arianism, Docetism, Apollinarianism, Sabellianism, Patripassianism – sound arcane and irrelevant to us today, but they were a matter of intense concern to the people of the time, and had they gone differently than they did, we might be worshipping a Christ who is inferior to God the Father, or one who is not really a man at all; or a Father who suffered on the cross with his Son; or a Holy Spirit who calls us to reject the entire Old Testament heritage of the Church; or a Trinity which consists simply of one God who wears three masks, depending on what God is doing in a given moment.

The practical result of these upheavals was the Nicene Creed, which takes its name from the Council of Nicaea in 325 AD, at which the great theologian and pastor Athanasius won a conclusive debate against the heretic Arius.  The Council affirmed that the three persons of the Trinity are separate, yet indivisible; each individually and fully God, but not completely God except when they are together.

God the Father created the world, but he did so through the already existing Word, as the Holy Spirit brooded over the face of the waters.  Christ redeemed the world, but only through the will of the Father and in the Holy Spirit.  The Spirit inspires the church and renews the face of the earth, but can do so only because she proceeds from the rest of the Godhead.  We say the words of a Creed every time we celebrate the Eucharist; they are the most basic statement of what we think about God.

In other words, what we think about the Trinity matters.  It affects what we think about God and therefore what we think God is calling us to do.  And against the insistence of simple arithmetic that three can never equal one, we Christians persist in claiming that a God who is understood as both three and one comes the closest to the Church’s lived experience from its earliest centuries to today.

We affirm that God made the world, and that God is one, not many; we are not polytheists.  Yet we also affirm that the man known to history as Jesus of Nazareth was so remarkable, so powerful, so loving, so wise, and so utterly unlike any other human being who ever walked the earth, that the only way adequately to describe him is to say that he was fully God as well as fully human.  And so we call this Jesus the Messiah, the anointed one, the Son of God who does God’s work; and we also identify him with the Word of God, the creative force that spoke out of the darkness and called the world into being.

And once we have come this far, we run into the difficulty that my boss identified when it comes to trees.  The number two is inherently unstable.  Some basic urge in us seems to prefer threes.  It’s close to impossible to sit on a stool with two legs; you need three.  There are three parts to a fairy tale or a joke.  Third time is the charm.  A pair of things is always at risk of collapsing into one or splitting apart entirely.  A trinity, as my boss pointed out on the level of landscape design and the Church affirms at the level of the cosmos, is both more stable and more dynamic:  both a circle-dance and a solid foundation.

Which is all well and good, but however often we say that we only believe in one God, it is frequently hard to remember this truth in practice.  However, it is easier to understand the unity of Father, Son and Holy Spirit when we find the trinitarian pattern echoed in our own experience.  The great early 20th century Anglican theologian Dorothy Sayers wrote a book in which she compared the experience of being a writer to the Trinity in creation – the Father being the idea of the book, the Son the effort of writing it and the book as it actually exists when written, and the Holy Spirit the experience of reading it.

The book is fascinating and I recommend it, but for those of us who aren’t authors, perhaps it’s easier to think of the experience of making a batch of chocolate chip cookies.  First you think, “Hm, I think I’ll make chocolate chip cookies” – and immediately a vivid mental picture, and an equally vivid mental smell and taste, are present to your senses.  That’s the Father.  Then you actually make the cookies, putting in the effort required to mix flour and butter and eggs and sugar and vanilla and chocolate chips, making the cookies incarnate in material reality.  That’s the Son.  And then you eat the cookies, and share them with your friends, and you all enjoy the experience of their taste.  That’s the Spirit.  But all these things are inseparable.  You can’t have the idea of baking cookies without being familiar with their taste and texture, knowing how they’re made and what it’s like to taste them.  You can’t make them without knowing what kind of effect you’re aiming for – having the idea of cookies in your mind – and there’s no point in making them if you don’t intend to eat and enjoy them.  And in order for that to happen, somebody has to have had the idea of making them and actually put that idea into practice.  So idea, reality, and experience are inseparable – a trinity in unity.

Sayers argues that this trinitarian, creative pattern is embedded at the deepest level of the human personality, and that our experience of human creativity is our closest approximation to God’s own experience of being God, of being three in one.  We have ideas, we make them incarnate through creativity, and we experience the results.

You may have a “favorite” person of the trinity.  You may be attracted to the transcendence and glory of the Father; or to the humility and radical love of the Son, his willingness to get “down and dirty” in the material world and the human condition; or you may welcome the mysticism and ongoing revelation of the experience of the Holy Spirit.  I, for one, think it’s wonderful that our faith is large enough that people of very different temperaments can all find something to identify with in its depiction of God.  But today, on Trinity Sunday, those of us who think mostly of the Father when we pray, those of us who think mostly of the Son, and those of us who think mostly of the Spirit take time to remember that in fact we are all thinking of the same God, who is three and yet one.

And so let us end today by standing together and reciting the Nicene Creed, that ancient and still living statement of our faith in the holy and undivided Trinity, one God.  We believe in one God …

« Translation and Redemption
Neither Jew nor Greek, neither male or female, neither settler or indigenous »